Being Wild At Heart In The Quest Of Love And Freedom. 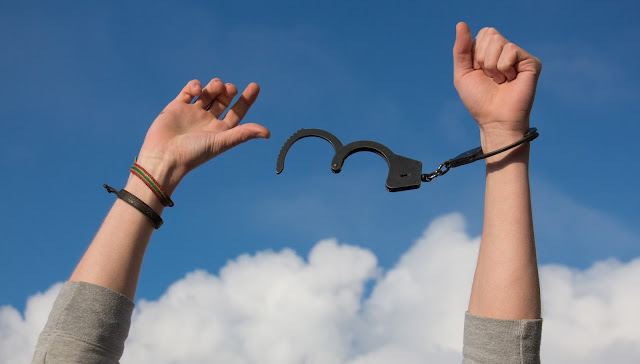 There's this society we live in, built and absorbed by the collective unconscious in which obsolete rules and beliefs keep the human being dazed in a cloud of fear, thwarting dreams, keeping people limited by old paradigms that no longer serves humanity's evolution. The so-called experts and scientists predict the devolution of the human being with 'proven' theories of gloom and doom, which only serve to inject more fear, which in turn closes the heart of the collective, as well as of the individual, and with it, to deter hope and faith in the limitless expansion that a person is truly capable of. Within this cloud, numerous hearts hold on to the real possibility of a conscious world, no longer buying into the lie. In following the call of the heart and the soul, they're called, wild.

The same experts and scientists work for the establishment devising and creating more ways in which to keep the human being small, limited and living in constant fear.

There's that other society that lives in everybody's hearts.

There are numerous terms to tag the wild ones with, but none truly describe who they are: the misfits, the black sheep, hippies, bohemian, the lone wolf; the outcasts. They are the poets, the artists, the dancers, the healers, the wanderers, the heartbreakers. It's the prodigal child that never returns. It's an anarchic army that moves away from the anesthetising normality, breaking the rules, even laws.

While breaking the law is not something that can be promoted, it only takes one look at the state of the world to see that lawmakers and law enforcers also break them, often causing harm to others. Most laws are obsolete, and a vast majority, unjust.

The energy of the collective unconscious is crammed with so many rules and limitations that it's impossible for most people to live with a minimum sense of freedom. While it's an energy that most people don't feel, the threat of punishment and exclusion has been so widely promoted that it lies deeply ingrained in the psyche and hearts of most people. It's no wonder that life doesn't flow as it's supposed to be. More concerned on what we have than who we are.

You will hear stories about the wild one, as if they were a shadow figure not to be approached, nor spoken to, for he and she will undoubtedly be a bad influence. The wild at heart breaks through conventions and traditions that do not allow the free expression of the individual. It's not that all their actions are spotless or ventures to be proud of. They're loved at home, but not wanted.

As someone who doesn't fit into any box, wandering from place to place it turns into a way of living. The call of the soul within is too intense to conform. The heart does not grow fondness for anything that doesn't serve its purpose, an as a consequence this person tends to be detached, on a path of letting go.

While everything you've read so far might invite to romanticise the figure of the wild at heart, it's best not too. Being wild at heart is not about creating another mythological figure of which freedom and courage people speak of and recognise after their death, while the mourners remain unconscious. Being wild is a way of living, a protest against what no longer serves humanity, an act of rebellion against the establishment and a personal decision to break through each and every obstacle created by mankind to stop the beautiful expression of the self.

And yet, the wild at heart, it's the most romantic of all.

There's a common belief that in order to build something, first we must destroy something else. In architecture it works wonderfully, but as a person moves across life destroying or dismissing anything that imposes limitations or feels like imprisonment, and this is often the heart of others, it's a pattern not truly applied to people. In this case, what they destroy most is the themselves in the process of creating the self.

Being wild is a way to come of the comfort zone, to break from fear and to remember who someone really is through a series of mistakes. Mistakes that are being made because risks are taken, and while on occasion they might be wrong, it is no better to remain static within a system knowing that it is the system what's already wrong and broken.

Risks challenge fear. Mistakes clears the path showing which direction not to take.

To remain true to what someone already knows to be a lie, as it is the current system, is one sure way to never live, to never love, to never pursue, nor fulfill someone's dreams. People are considered wild because they refuse to buy the lie that the majority used to mortgage their lives, knowing well that in such reality they sacrifice most dreams and desires. If the current model proposed is so wonderful, why is no one happy with it?

If you walk the wild path, you will be criticised, even demonised; fingers will be pointed at you for your choices. Judgment and criticism is one of the main reasons people do not dare to live their dreams, but at this point it's essential to consider that everyone is criticised. What we are blamed for, it's a personal choice. What matters in the end is the sense of freedom, despite the strenuous efforts someone might have to make in order to free themselves from the lie and the hypocrisy of the world.

It's a matter of staying true to the self or to become a shadow of who one is capable of being. Throughout history there have been a large number of people who were considered wild or mad, people who risked and lost either their freedom or their lives, sometimes both. There's no need to go to extremes and seek the heroic romanticism of the past. In order to remain free, one only needs to stop buying into the lie. This step is as simple as to stop leading a life in which materialism is more important than the spiritual or more important than your heart.

Being wild is a call that emerges deep from the heart; a call that everyone has, but not everyone follows. To criticise or to condemn those who chose to pursue the call of freedom instead of a complying with society's model is a symptom of the decease of dissatisfaction and depression that plagues the collective unconscious, which, while doing nothing creative to explore their hearts and souls, they have too much time to talk about others. A clear sign of the unhappiness that dazes the world. People who are happy leading their lives, don't have time, nor they'd waste it if they had it on personal choices or ways of living that do not affect them.

It's too easy, as well as highly hypocritical to condemn the lost of innocent lives after a bombing, while the critic knows that their vote and support for a political party allowed certain people in power with no regards for human life in the first place. The terms to describe these characters are: sociopaths and psychopaths. It's not enough to say that the other party would have done the same. This is not just buying into the limitation, but to live happily unhappy within the lie. Until the bomb drops on their houses, that is!

It's only through self-exploration and the transformation of the self that the world will reach a higher state of consciousness and a sense of unity. Many social models have been proposed throughout history. Models that didn't work because people continue living their lives in the most unconscious and selfish ways, primarily caring only about themselves. To reach a state of higher consciousness, the sense of freedom, so as to embrace it all, to be and live in a permanent state of being in love, one must first face their fears. Being wild on a Friday evening binge drinking and misbehaving is not really being wild. One can be wild, peaceful and orderly.

If you're seeking freedom at one point you will have to stand up, raise your voice and tell the world and your critics who you are. This is done by a way of living, by making a constant statement that confirms your commitment to yourself and your choices. Fear might appear and has to be faced, but it's even more scary to live an unhappy life.

To be called wild or mad is not an insult, but a compliment. The wild at heart is a leader, a precursor like there have been so many before. A leader of their own fate that follows the vision and the feeling of freedom. Of course, it's a personal choice to follow the heart and manifest our deepest wishes and dreams. Don't ask yourself what you're losing if you don't stay. Ask yourself and envision where you'd be if you decided to follow your heart instead.

The freedom in being authentic.

The key to abundance, consciousness and the higher self 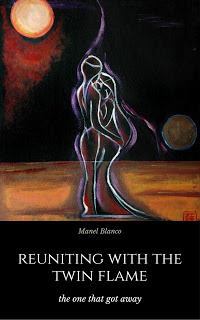 The book 'Reuniting with the Twin Flame' is now available on Amazon. Dealing with dynamics and a detailed exploration of the twin flame relationship, the content is exclusive to the book and cannot be found on this blog.
For soul readings, visit this link. or contact me directly 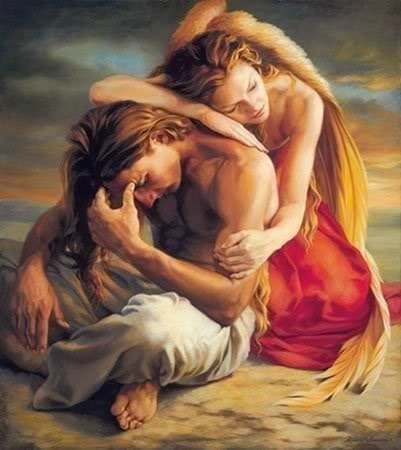